All of the Stroudwater Navigation is accessible to the public apart from two sections.

The first is the section between Westfield Bridge and Bristol Road Wharf, the area around the M5 motorway, which is about 1 mile (1.6 km) in length.

The second is a very short section between where the canal used to lock into the River Severn and Framilode Swing Bridge. This is now infilled and part of a private garden.

For convenience the accessible sections have been divided into three routes:

Maps can be found by clicking on the appropriate links for the route concerned.

This section of canal is the most interesting in terms of the restoration work that has been undertaken as part of the Phase 1A programme. The start point is the restored Wallbridge Upper Lock, (on the Thames & Severn Canal) adjacent to the Cotswold Canals Trust Visitor Centre. 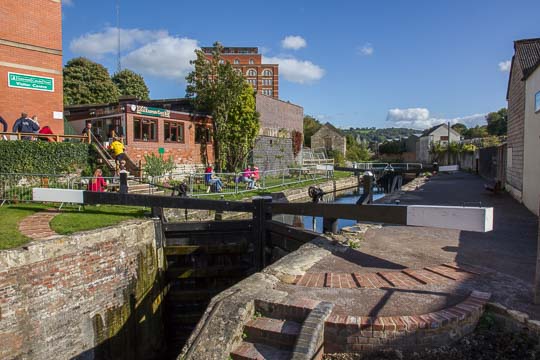 There are a further 5 restored locks (Dudbridge Lower & Upper, Ryeford Double, Newtown & Blunder) in this section, and Wallbridge Lower Lock (also on the Thames & Severn) which is undergoing restoration.

Lodgemore Bridge was the last of the new bridges to be constructed as part of Phase 1A being completed in early 2106. This is a new design of lift bridge, the first to be used on the Cotswold Canals. Other new bridges include Stroud Brewery, Upper Mills, Oil Mills, Chestnut Lane & Ocean. The last two being swing bridges.

Adjacent to Dudbridge Lower Lock is where the Stroud Valleys Canal Company has a small hydro-electric scheme. (Although all that can be seen in the turbine house next to the lock.)

The majority of the canal towpath between Wallbridge and Ocean Swing Bridge has been upgraded to a width of 2m and has a rolled fine grit finish.

The canal beyond the Ocean Railway Bridge obstruction all the way to Saul Junction will be fully restored as part of the Phase 1B programme.

The end point of this walk is Westfield Bridge, which is about 200m beyond the start of the infilling and also where the public right of way along the canal route currently ends. 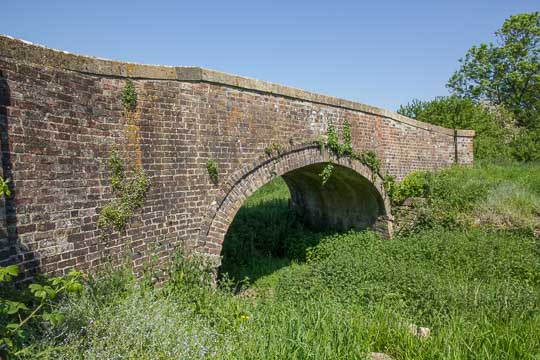 Car parking: Stroud railway station or Cheapside Car Park, around 200-300m from the canal for a start or finish point of Wallbridge Upper Lock.

At Eastington, near Pike Lock, there are a few car parking spaces in a lay-by just before Pike Bridge on a no-through-road to the left.

This section of the canal starting at Bristol Road Wharf and heading west to Saul Junction is across open fields. There is one lock (Whitminster) and one original Bridge (Occupation) both of which have undergone restoration work by the Cotswold Canals Trust. 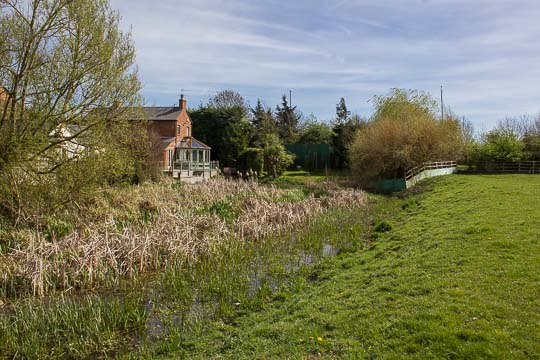 The River Frome now dissects the canal just west from the site of Stonepitts Bridge, and there is no trace of the canal again until Whitminster Lock. This section of canal, when restored under the Phase 1B programme, will use the river between these points.

Car parking: Either at Saul Junction in the Pay and Display car park, or in a lay-by on the A38 Bristol Road, very near the roundabout. 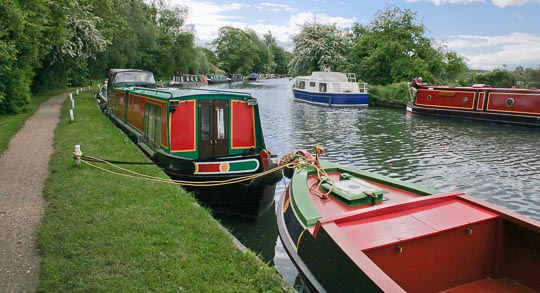 Boats moored near Saul Junction on the Stroudwater Navigation

The length of canal between Saul Junction & Upper Framilode whilst being a pleasant walk, doesn't have many points of interest. Some of the canal has been infilled, most notably nearest to Saul Junction. There are no plans to restore this section of canal, as boat traffic would use the Gloucester and Sharpness Canal to access the River Severn. 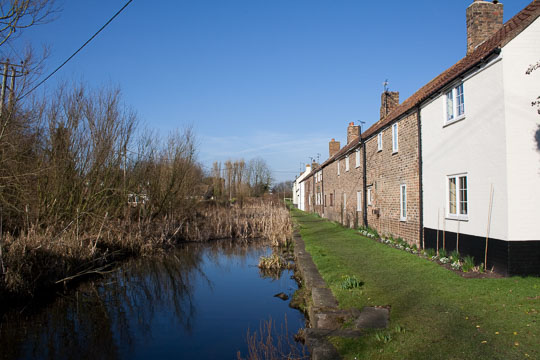