The Phase 1a restoration programme comprised a six mile section of canal between 'The Ocean' at Stonehouse, on the Stroudwater Navigation, and Brimscombe Port east of Stroud on the Thames & Severn Canal.

In November 2012, with restoration well underway, the scope of work was scaled back with the stated aim of getting the canal restored as far as Hope Mill, and not Brimscombe Port as originally planned.

This was due to a funding shortfall, which in part was down the redevelopment of Brimscombe Port being delayed because of 'market conditions'.

The remaining work on Phase 1a will be scheduled as and when funding is available.

Work on the ground on Phase 1a started in September 2007 and was more or less completed in 2018. However, some of the originally planned works were deferred as outlined above.

The original Phase 1a plan included:

and the redevelopment of Brimscombe Port.

British Waterways (now CRT) were originally going to deliver the programme, but withdrew from the project in April 2008 not long after work started, causing some inevitable delays.

Responsibility for managing the programme then passed to Stroud District Council and a canal project manager was appointed in April 2009. In March 2009 the Stroud Valleys Canal Company was incorporated to take ownership of, and manage the restored canal.

Since then the canal has been fully restored and is navigable heading east from 'The Ocean' in Stonehouse as far as the infilled Hope Mill Lock, east of Stroud.

See Phase 1a in Pctures for more information.

Initially the Phase 1a programme had finance to complete all planned works, except for the section of the canal between Hope Mill and Brimscombe Port, including the Port itself. This was to be funded as part of the redevelopment of the Port by one or more developers.

The cost initially was estimated at £27.6 million with £11.9 million of that being awarded by the Heritage Lottery Fund (HLF) in January 2006. The remaining funding being provided by members of the Cotswold Canals Partnership and donations. A significant contribution has also been made through the use of volunteer labour.

When the original HLF award was made in January 2006 with an anticipated completion date of March 2009.

Phase 1a in Pictures 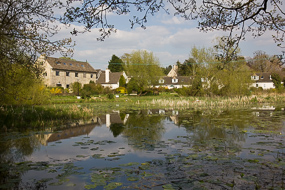 Starts at 'The Ocean', Stonehouse 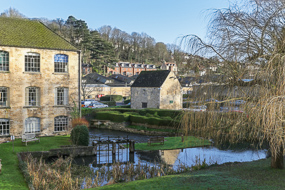 Ends at Brimscombe Port, near Stroud