The Towpath Guide app provides information on over 200 points of interest those walking or cycling along the Cotswold Canals and uses your location to determine those nearest to you.

The guide contains walking routes for the following canal sections:

It also includes information on a number of more isolated locations (where the canal is not generally accessible) where access is provided by a footpath or highway.

Version 3, released on 21 December 2021, includes a number of walking routes along the canals - with measured distances.

Bug Fixes - On Android devices, it also fixes an annoying bug where the app keeps returning to the Device>Settings>Location screen when location data is lost for any reason. 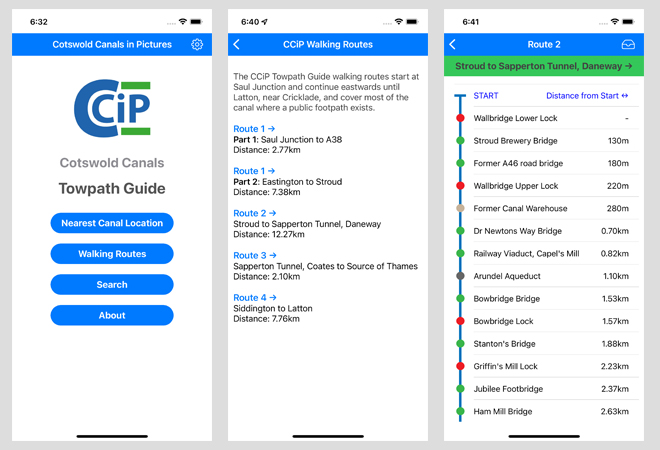 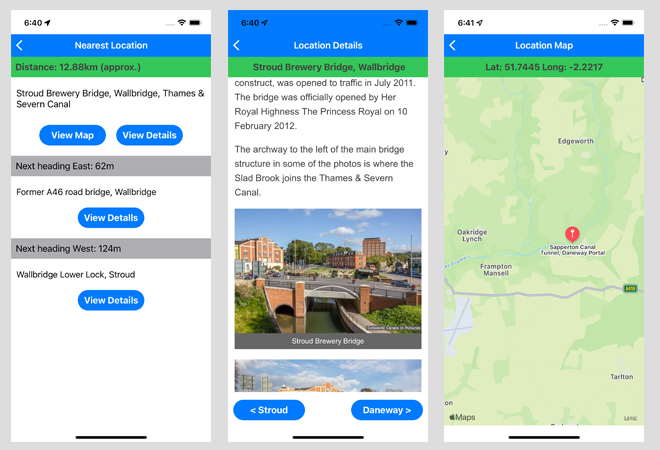 CCiP welcomes feedback on the app, including suggestions for future enhancements.

If you have any comments about the CCIP website, the CCiP Towpath Guide mobile phone app or the canals in general, then please feel free to contact us here.