The Coates portal of the Sapperton Canal Tunnel was fully restored by the Cotswold Canals Trust in 1976-77. However, it is now in need of some further repairs.

The tunnel was opened in 1789 and is about 3.5km (2.2 miles) in length. It is not possible to traverse the tunnel as it's completely blocked by roof falls near the Daneway end.

There is no footway though the tunnel, and when it was open, horses (and donkeys) that pulled boats along the canal would have been led over the top to re-join the boats when they emerged at Daneway.

Heading west from the tunnel entrance the towpath is shared by three long distance footpaths; the Thames & Severn Way, Wysis Way and Monarchs Way. However, the canal itself is only accessible for 1.6km (1 mile), at which point the footpaths leave the original line of the canal.

Following Wysis Way and the Thames & Severn Way for 4.3km (2.7 miles) in the other direction through Hayley Wood and Sapperton village will bring the walker to the eastern entrance of tunnel at Daneway.

Another long-distance footpath, Macmillan Way, crosses over the tunnel just behind the Coates portal. 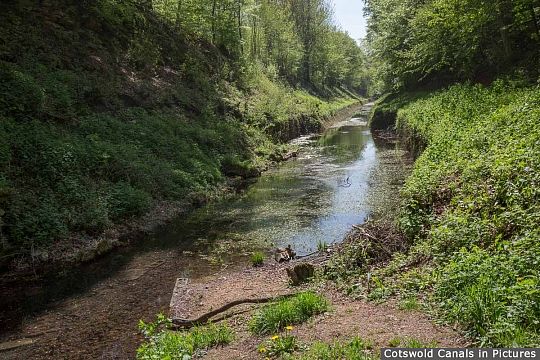 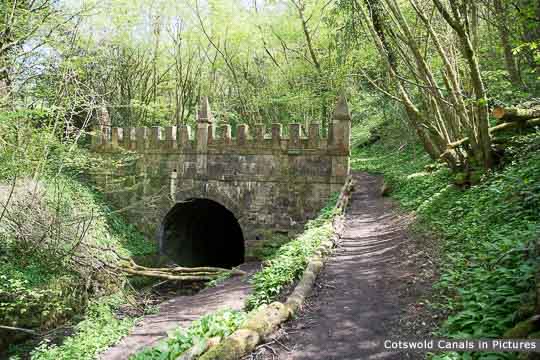