The Daneway portal of the Sapperton Canal Tunnel was built in the Gothic style. It was in a very poor state of repair with most of the battlements lying in the bed of the canal when, in 1996, it was restored by the Cotswold Canals Trust.

The tunnel has long since been blocked by a major roof fall not far in from the Daneway entrance.

The tunnel was constructed without a footway, so horses and donkies that pulled boats along the canal were taken over the top to meet the boats at the western entrance, at Coates.

This same route can be used today by following the Wysis Way long distance footpath or the Thames & Severn Way up through Sapperton village, across the A419 and then through Hayley Wood. 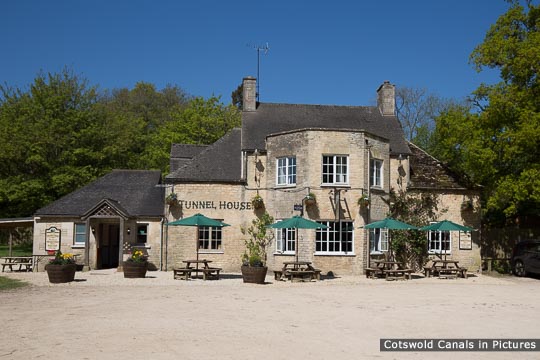 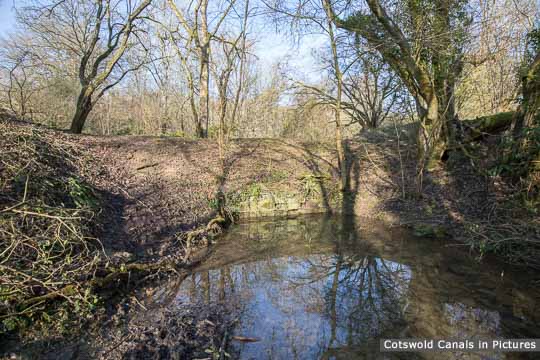