Whitminster Swing Bridge was at the head of the lock, where a Public Right of Way (EWH/21/3) crosses the canal.

The partly restored lock immediately to the east of the site of Whitminster Bridge. It was designed to cater for Severn trows and was about 16 foot wide and 68 feet long. The lock originally had a rise of about 4 feet but this was radically reduced when the new Gloucester and Berkeley Canal was being built in the mid-1820's.

The pound below was diverted to the new junction at Saul and divided into two by the new Junction Lock.

The upper section of the pound had to be raised on a low embankment.

The lock is partly infilled and partly in water, the top gates having been replaced by the Cotswold Canals Trust in the mid 1990s.

The gates are dated 1996 and were made at Hebden Bridge, Yorkshire, although the restoration was not completed. 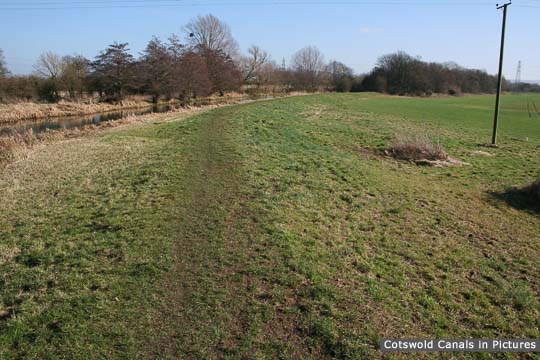 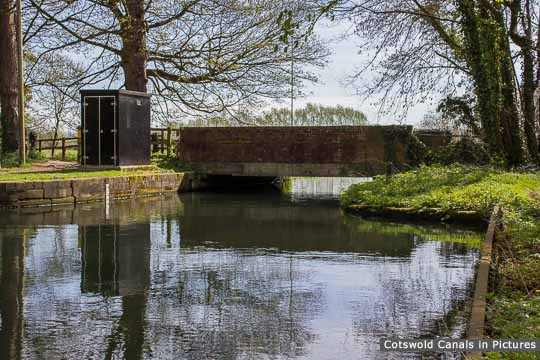