Despite being called Whitehall Upper Lock, it is some distance from Whitehall Lower Lock and is really the bottom lock of the flight of seven up to the summit level at Daneway. It is one of those on the canal designed to take craft up to the standard dimensions of the Thames barges. It is thus a little over 90 feet long and about 13 feet wide.

It has a rise of 8 feet and was also one of the locks shortened in 1840-41 by about 20 feet to reduce water consumption.

The chamber is mainly brick lined, though originally probably of stone; it has a substantial stone coping and stone-edged recesses for the gates. There are two sets of recesses at the top end of the lock, one for the original gates and the other the result of the shortening of the lock. Much of the ironwork seems simply to have been reset. In this lock, the approach at the top end suddenly narrowed, instead of gently funnelling.

The ground paddles above the top gates were placed at right-angles to the cut against the end walls of the lock structure on either side of the approach. Despite repairs and patching, and the fact that it is heavily overgrown, the lock chamber is substantially intact – though in poor condition. There is a  spill weir was on the offside. 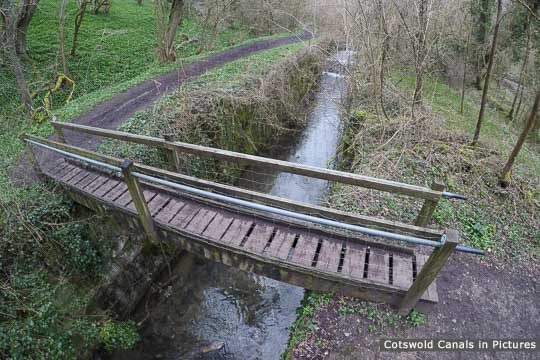 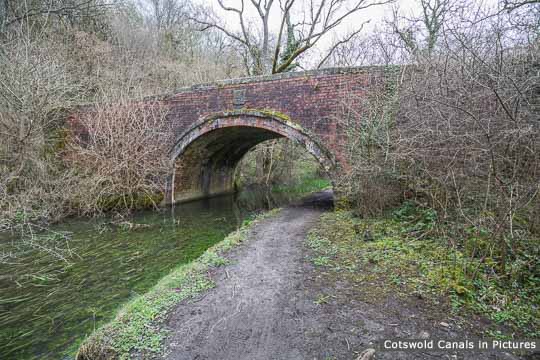