The towpath crosses over the canal at this point via a wooden footbridge over the lock.

Despite repairs and patching the lock chamber is substantially intact.

Bathurst Meadow Lock is one of the flight of locks at the western end of the summit level. The lock was designed to take craft up to the standard dimensions of the Thames barges. It is thus a little over 90 feet long and about 13 feet wide. It has a rise of 8 feet. It was also one of the locks shortened in 1840-41 by about 20 feet to reduce water consumption.

The chamber is mainly stone lined on the north side and brick on the south – the brick presumably the result of later repairs. It is in reasonable condition, with a substantial stone coping and recesses for the gates.

The ground paddles above the top gates were placed at right-angles to the cut against the end walls of the lock structure on either side of the approach. A square-sectioned gauge or spill weir was incorporated into the lock approach on the two-path side, leading to a culvert. A side pond was apparently built by the lock in 1821 and earthworks certainly survive next to it. 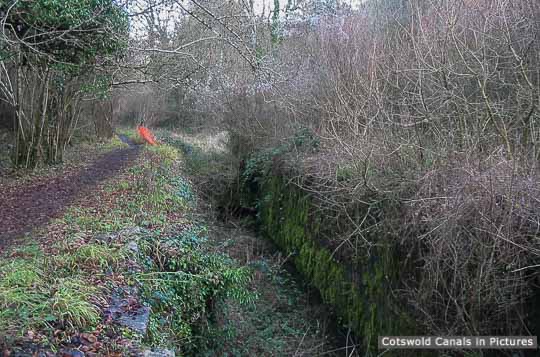 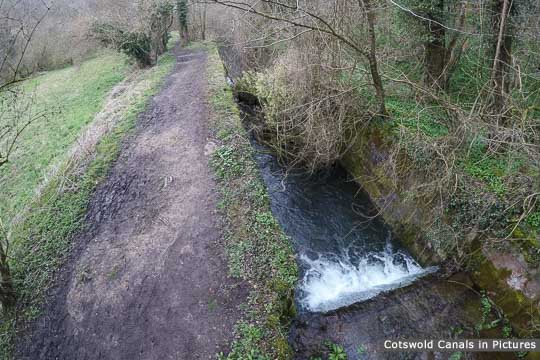