Trewsbury Bridge is referred to as Coatesfield Bridge on Ordnance Survey (OS) maps.

Farm rubbish dumped into the canal (near the bridge in this instance) is unfortunately not an uncommon sight along this section.

For those heading in the Thames Head / Kemble direction, this marks the end of the accessible canal until Siddington, near Cirencester, and there is no public right of way beyond the bridge.

There are four long distance footpaths paths in the vicinity of Trewsbury Bridge. On the towpath side, Monarchs Way, Wysis Way and the Thames & Severn Way use the towpath between here and the Coates Portal of the Sapperton Canal Tunnel.

Monarchs Way crosses the canal at this point using the bridge (with an immediate right-turn afterwards). The other two routes head-off due south and meet the start of the Thames Path about 500m away. They more or less share the same route for a further 2km.

The distance between Trewsbury Bridge and the Sapperton Canal Tunnel portal is 1.6km (1 mile). 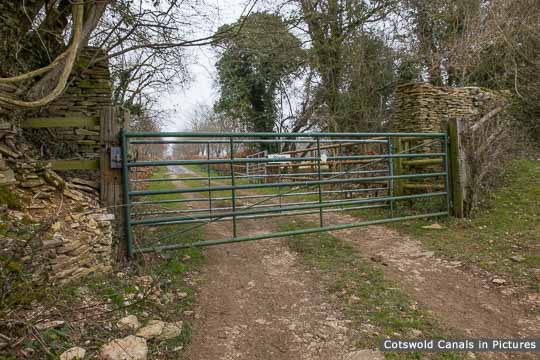 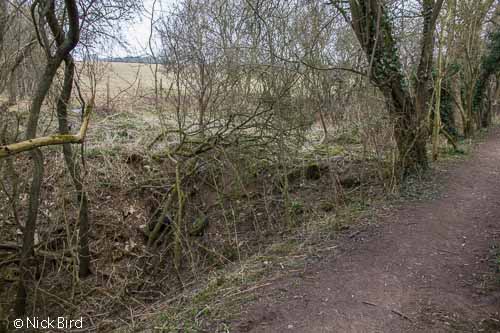