A farm track crosses the original line of the Thames & Severn Canal just a few meters away from the monument that marks the official source of the River Thames at Coates, in Gloucestershire.

However, there is no water, and few signs of a watercourse in the vicinity!

At this point you will be on one of the three long-distance footpaths that share the same route here, as the canal is very much private.

Just beyond the adjacent farm gate is the infilled canal. If heading west, there is very little evidence of the canal's existence beyond this point that is publicly accessible, until Siddington, near Cirencester.

The three footpaths referred to above are the Thames Path, which starts here, Wysis Way and the Thames & Severn Way. 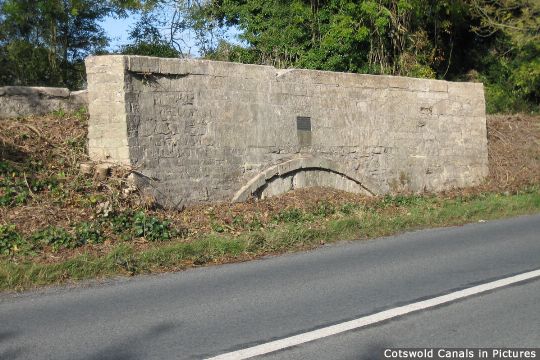 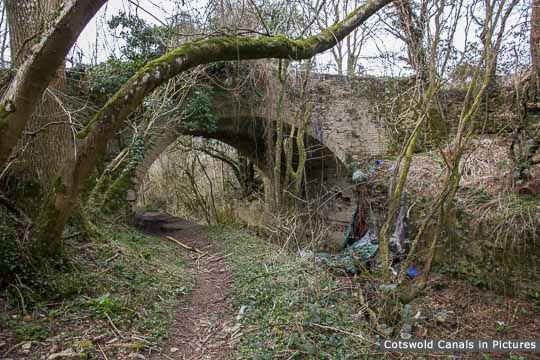