Puck Mill Lower Lock is one of those on the canal designed to take craft up to the standard dimensions of Thames barges, and had a rise of 8 feet. It was also one of the lock shortened in 1840-41 by about 20 feet by throwing an arch across the top end of the locks and re-siting the sill and the gates. This was to reduce water consumption and was possible because by this time shorter ‘long’ boats had replaced Thames barges on this section.

The chamber is mainly stone lined, with much repair in brick, with a substantial stone coping and stone-edged recesses for the gates. There are two sets of recesses at the top end of the lock, one for the original gates and the other the result of the shortening of the lock.

There are surviving traces of ironwork associated with the gate hangings, and some fragments of timber associated with the lock gates as well. In this lock, the approach at the top end suddenly narrowed, instead of gently funnelling. The ground paddles above the top gates were placed at right-angles to the cut against the end walls of the lock structure on either side of the approach.

After abandonment, the head of the lock had two concrete walls installed to create a mini outdoor swimming pool (painted blue!).  One of these walls has since been removed. 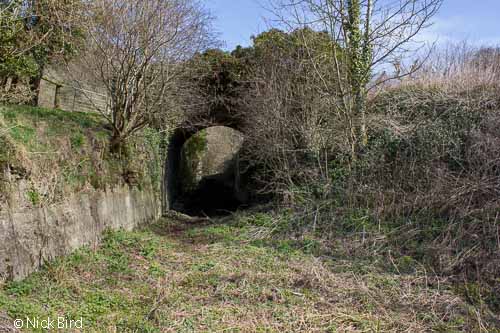 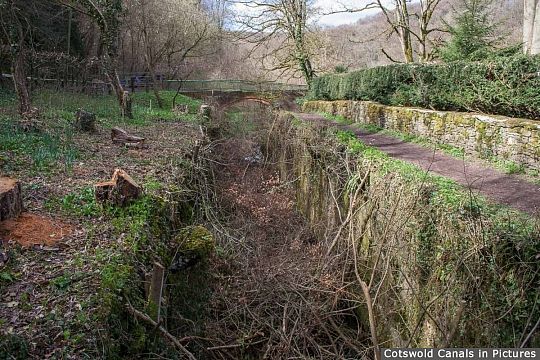