A new high-level fixed road bridge is to be constructed at this site to give access to the industrial units from Ham Mill Lane once the canal is reinstated. The canal line runs between the industrial unit and the footpath in the picture above.

To get the required headroom under the bridge, Hope Mill Lock would have to be re-constructed to the east of the new bridge.

Up until the late 1930s this site was occupied by the Abdela and Mitchell boat yard. Despite there being a significant number of buildings on the opposite side of the canal, historical maps indicate that they did not appear to be served by a bridge at this location.

This location has also been known as 'Ironworks' or 'Canal Ironworks'. 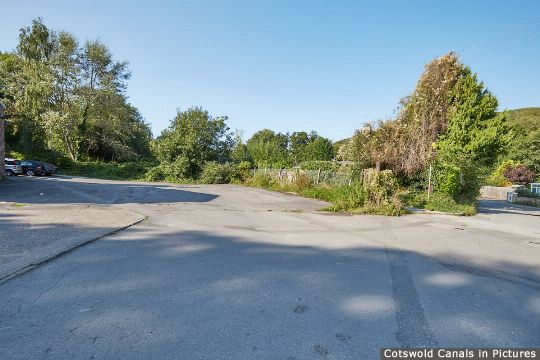