This large spill weir is on the south, or towpath, side of the canal just below Dock Lock. The weir drains surplus water from the canal into the adjacent Oldbury Brook.

The weir incorporated a side paddle arrangement that allowed the level in the canal to be reduced by about two feet as necessary.

The weir surround is lined in both stone and brick, capped with moulded engineering brick.

The weir has been previously restored by Cotswold Canals Trust 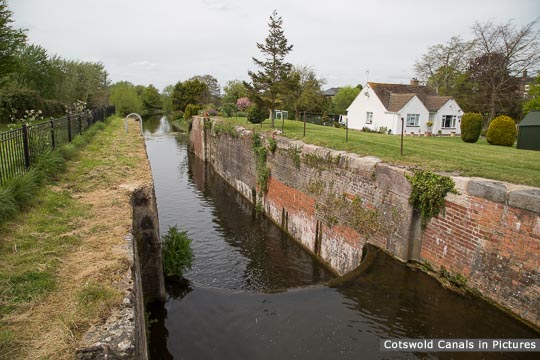