Gough's Orchard Bridge carries a public footpath over the canal.  Unusually for the Thames & Severn Canal the towpath does not pass under the bridge alongside the canal.

The canal under the bridge, along with the adjacent lock, was excavated in summer 2009.

The bridge is a standard canal company pattern brick-built accommodation bridge across the tail of Gough’s Orchard Lock. The bricks are handmade and of a dark red colour, laid to a fairly irregular English bond. The bridge has a segmental arch springing from wedge-shaped stone springers and is protected by a simple projecting brick drip mould. 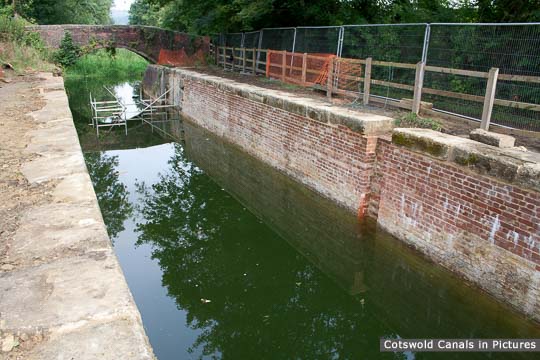 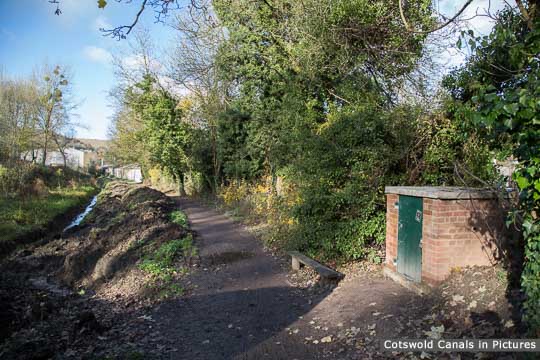