The lock which was originally partly infilled has been re-excavated, and the brickwork structure is now fully restored. Most of the work has been carried out by visiting volunteer groups supported by the Cotswold Canals Trust and the Inland Waterways Associated (IWA) as a part of the Phase 1a restoration programme.

Gough’s Orchard Lock has also been known as Dallaway’s Lock and Lewis’s Lock and is the seventh lock on the Thames & Severn Canal. It was on that section of the Thames & Severn between Wallbridge and the interchange facilities at Brimscombe Port built to accommodate Severn trows rather than Thames barges, and was thus a little over 16 feet wide and 68 feet long. It had a rise of 8 feet. The chamber is brick lined with a substantial stone coping. 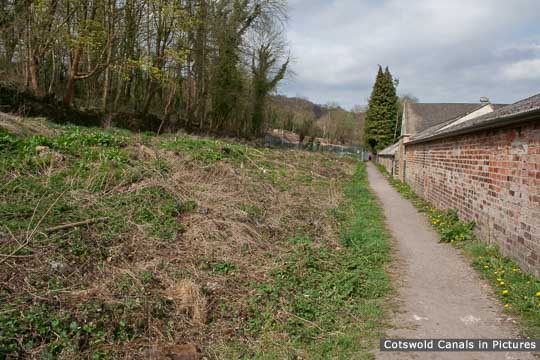 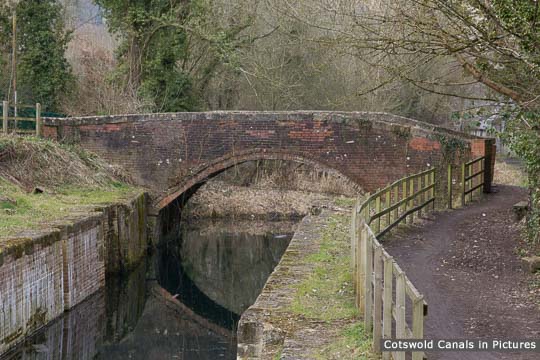