The Cheltenham & Great Western Union Railway opened a branch line from Kemble to Cirencester in 1841. This was immediately leased and then bought by the Great Western Railway. The line closed in 1964-5.

At Ewen it crossed a lane and the Thames & Severn Canal on an elegant ashlar-faced viaduct of three arches. Two smaller semi-circular arches crossed the road and the gap between it and the canal. The wider arch over the canal has a shallow segment. This has since been loosely underfilled with brick and earth which now obstructs the line of the canal.

(Please note the permissive right of way that existed when the top photo was taken has since been withdrawn and the canal here is now strictly private.) 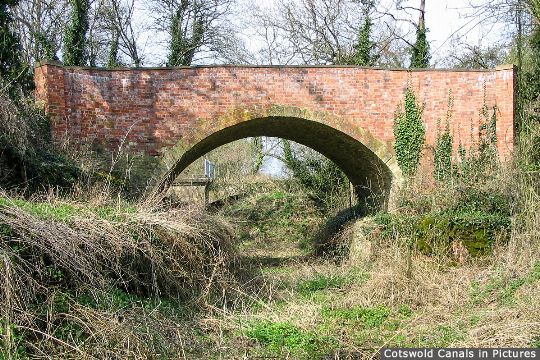 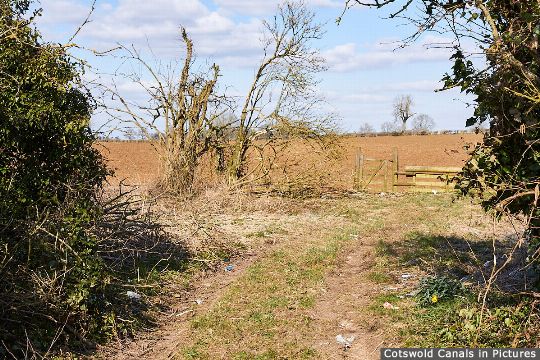