Daneway Basin, or Daneway Lower, Lock was the second to top lock in flight up to the summit level.

Despite repairs and patching, and the fact that it is heavily overgrown and in poor condition, the lock chamber
is substantially intact.

It is one of those on the canal designed to take craft up to the standard dimensions of the Thames barges. It is therefore a little over 90 feet long and about 13 feet wide. It had a rise of 9 feet. It was also one of the locks shortened in 1840-41 by about 20 feet by throwing an arch across the top end of the lock and re-siting the sill and the gates. This was to reduce water consumption in the locks and was possible because by this time shorter ‘long’ boats had replaced the Thames barges on this section.

Heavily overgrown, the chamber is now mainly brick lined but may originally to have been lined in stone; much of the brick seems to be of late-19th or early 20th century date. There is a substantial stone coping and stone-edged recesses for the gates. 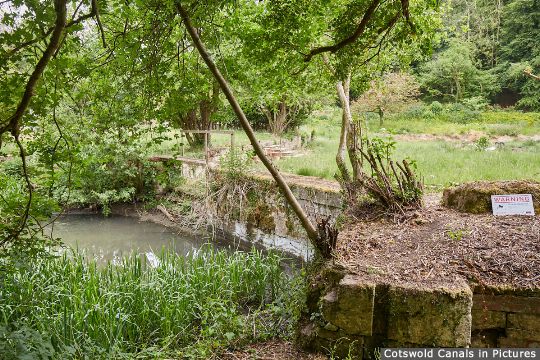 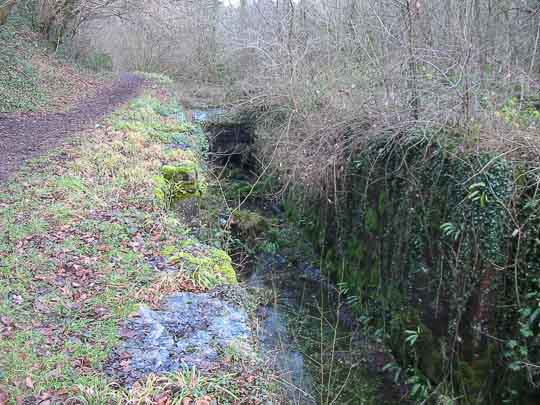