This is an original Thames & Severn Canal warehouse built in 1828 although it is no longer associated with the canal, and is not included in any restoration plans. The site is 100m or so to the east of Wallbridge Upper Lock.

This is the only surviving building associated with the Thames & Severn’s Wallbridge Wharf.  It is a rubblestone building with large but irregular ashlared quoins, set into a levelled site cut into the bank and revetted by rubblestone walls. It is two storeys high with a plain gabled slated roof. In the middle of the south wall on the canal side is a large partly infilled full height opening, presumably for loading and unloading barges lying alongside the wharf. The corners are chamfered to improve access to the wharf edge.

Unfortunately this building was seriously damaged by fire in August 2018.

The adjacent brown-field site has planning permission to be re-developed. 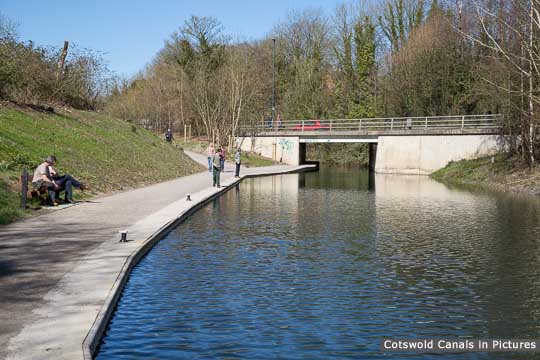 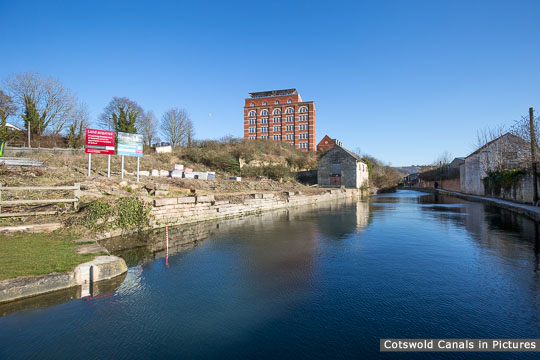