During the construction of the Gloucestershire section of the M5 motorway, which opened in 1971, a large roundabout was built on the A38 at Whitminster to connect a new link road to the motorway at junction 13.

This work resulted in the demolition of the original A38 Bristol Road canal bridge and the nearby lock, along with a significant length of the canal heading eastwards being infilled (the 'Missing Mile').

In 2020 two new bridges were built on the roundabout, along with a channel between to re-instate the canal route across the A38. (The distance between the two bridges is about 100m.)  The work was carried out by Gloucestershire County Council (GCC).

A new 'Bristol Road' lock is to be constructed as part of the Phase 1b restoration programme close to the southern road bridge.

If travelling eastwards towards Stonehouse, there is a need to take a diversionary route along the south bank of the River Frome to re-join the canal at Pike Bridge, Eastington. This uses the Thames & Severn Way footpath.

Once the Cotswold Canals Connected restoration programme has been completed in 2025 this diversion will no longer be required. 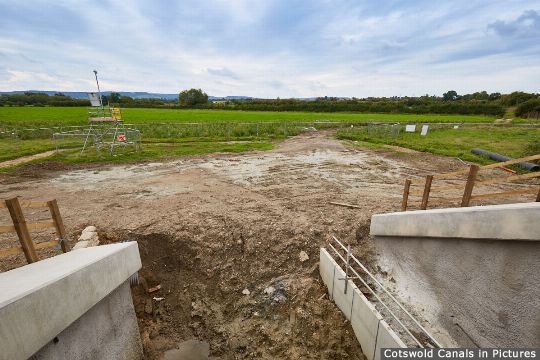 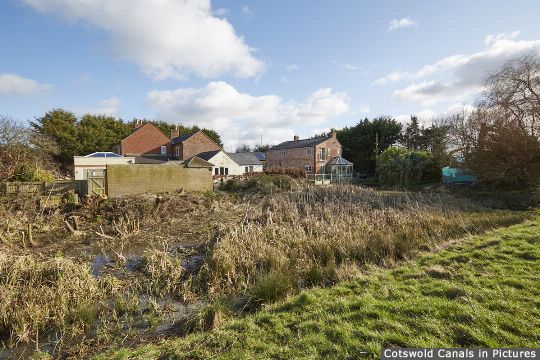