The canal will pass under the A419 Latton bypass in a culvert that was constructed at the same time as the bypass in 1997. This culvert, or underpass, is not currently visible as it was buried after being constructed, as there was no prospect of it being used within the foreseeable future. The only clue to its existence, and position, is a concrete lintel on the ground on which three fence posts are bolted.

The 'old' A419 road lies beyond the new bypass and there is currently no provision to cross this, nor the access road in the foreground of the top photo.

There is a public footpath (former canal towpath) which starts very close to this position, and continues uninterrupted until Siddington, near Cirencester. 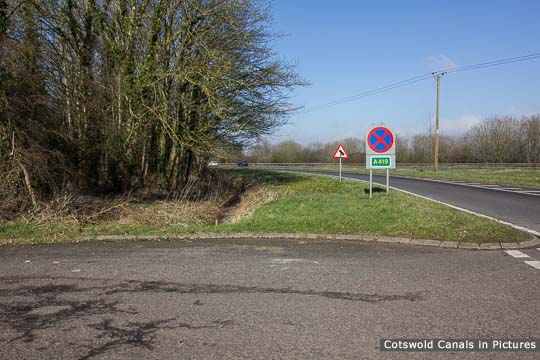 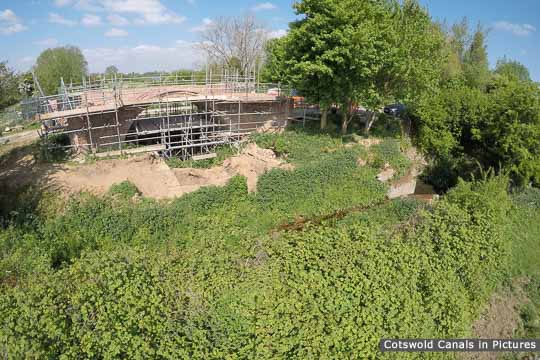