The side pond has not been restored, and it is unlikely that this would be used again on the restored canal.

The spill weir, which controls the maximum water level in the pound above the lock, was restored by the Cotswold Canals Trust in 1997. 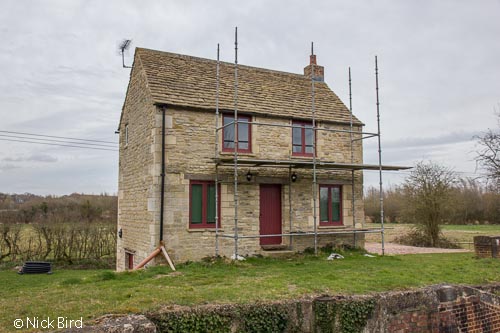 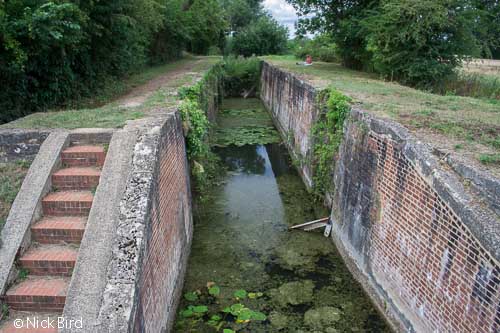