The Thames & Severn Canal joins the River Thames at Inglesham, near Lechlade-on-Thames in Gloucestershire.

The canal joins the river under the trees just to the right of the former canal buildings, which are now in private ownership. The river also takes a left turn at this point to pass in front of the buildings when viewed from the Thames Path.

To the right of the canal entrance, the River Coln joins the Thames.

There is no public access to the canal at this point. However, it can be viewed either from the river itself, or for walkers, from the Thames Path.

The Thames Path passes through Riverside Park in Lechlade, about 800m (½ mile) from the canal at this point, where there is ample car parking.

< Stroud
Back to top 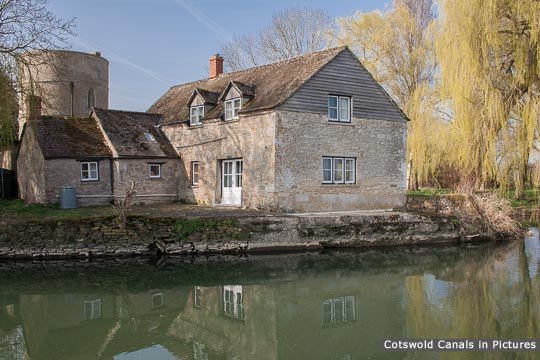