The Cheltenham & Great Western Union Railway was engineered by Isambard Kingdom Brunel, who designed a series of composite timber-trussed bridges along it – including two over the Thames & Severn Canal. One crossed on the diagonal just up from St. Mary’s Lock and was opened in 1845 after the line had become part of the Great Western Railway.

The timber section of the bridge crossing the canal was replaced in the 1870’s but is possible that the brick abutments were retained to support the replacement girder bridge. 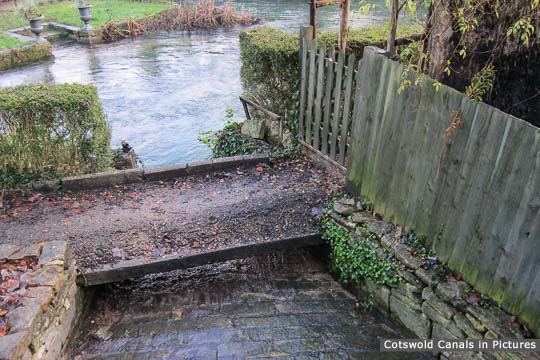 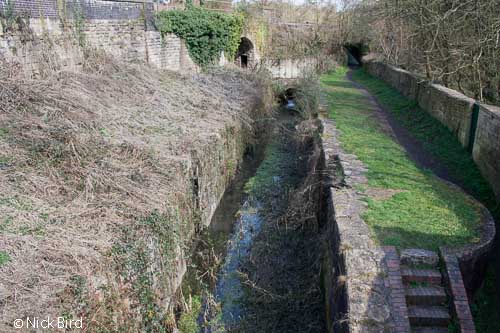