The Thames and Severn Canal entered the basin at the northern end over an aqueduct which bridged Latton Mill Leat (part of River Churn - see last photo). Most of the aqueduct has since been removed, although interestingly, the original stone arch culverts are still in situ, albeit not visible as they are under water. (This type of aqueduct is also known as a 'syphon' aqueduct. These had no air gap between the normal level of the watercourse and the underside of the aqueduct structure.)

The entrance to the North Wilts Canal is at the opposite end of the basin adjacent to the junction keeper's cottage. There is a stop lock at this point, now infilled. The primary purpose of this was to prevent inadvertent water transfer between the two canals, as they were at the same level here. 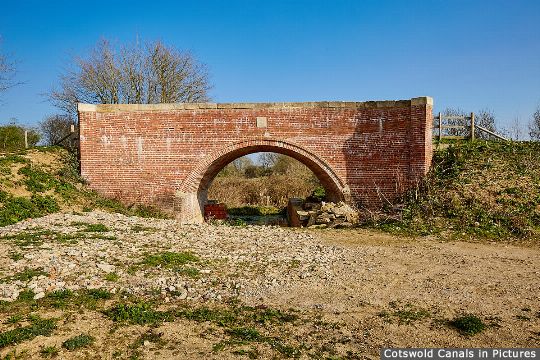