The Wharf House survives and was one of three built to a similar pattern – the others being at Cricklade and at Cirencester though this one is slightly narrower.

The building combined the home of the wharfinger and the secure warehouses in a rather elegant manner. The buildings are of rendered rubblestone construction. The house was a square two storey block with attic and two main rooms on each floor. The principal elevation faced the canal and is of two bays but with a central doorway in between; it is set forward from the flanking warehouse wings, the junction emphasised by ashlared quoins. The door has a fairly substantial if plain architrave. The windows have similar architraves in ashlar, topped by keystones, and are sashed. The sills of the upper windows formed part of an ashlared band course and there was another at the foot of the shallow pedimented gable, pierced by the attic roundel. Around the sides of the house were the tall single-storey warehouses.

On the façade this resulted in lower side bays flanking the main house, each with tall single windows; this balanced composition was not unlike the basic concept of the Tunnel House – so it is possible that these three wharf houses were by the same architect or master builder. The side and rear elevations of the warehouse sections were more utilitarian.

The building has survived well and, despite some minor alterations and additions, is substantially intact.

Close to the wharf was the Whelford feeder (much of which is now infilled).  This supplied the easternmost section of the canal with water from the River Coln at Whelford Mill.  The length of the feeder was about 2 miles (3.2km). 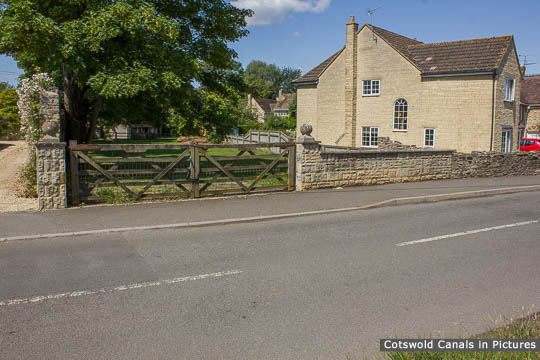 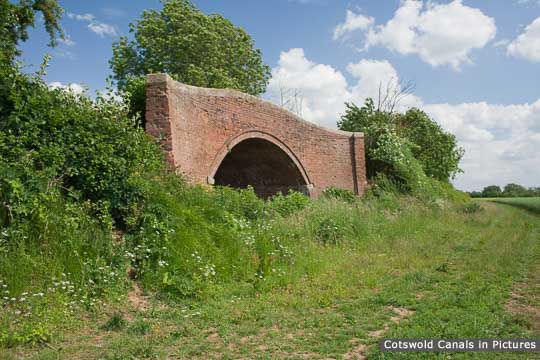