Daneway Bridge, or Summit, Lock is the last in the climb from Stroud with the head of the lock being on the summit (highest) level of the canal.

The lock was infilled and a car park has been built over it. It is unclear how much of the lock survives below ground but as some of the copings were still visible at one point, so the chances of survival look good.

Daneway Bridge Lock. It was one of those on the canal designed to take craft up to the standard dimensions of the Thames barges. It was thus a little over 90 feet long and about 13 feet wide. It had a rise of 9 feet.

The lock was also one of the those shortened in 1840-41 by about 20 feet by throwing an arch across the top end of the lock and resiting the cill and the gates. This was to reduce water consumption in the locks and was possible because by this time shorter ‘long’ boats had replaced the Thames barges on this section. 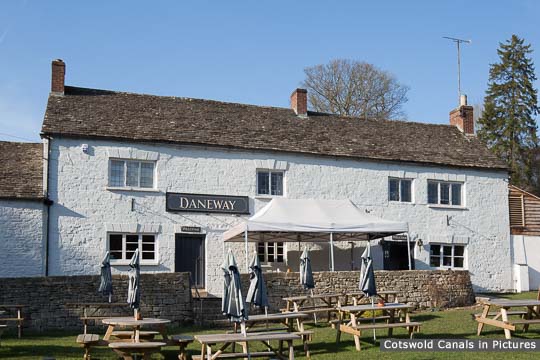 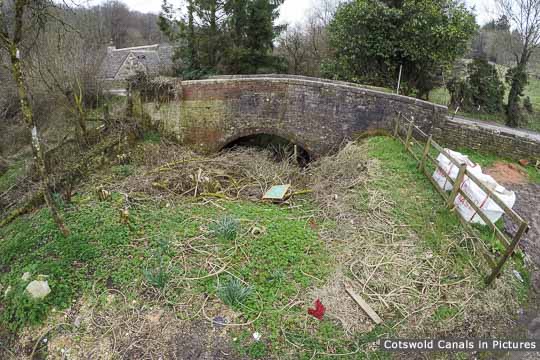