This is one of the five round houses on the Thames & Severn Canal, built as lengthsman’s cottages between 1791-2. Built of rendered rubblestone there are ashlar band courses at the upper floor levels and stone ‘Gothic’ surrounds to windows and doors.

This was one of the two with the simpler conical roof, rather than the inverted funnel roof of the other three. The ground floor was designed for stabling, and the upper floors, linked by an internal staircase, for living accommodation.

The building was abandoned by the canal company when the lengthsman was transferred to the new house at Wildmoorway Lock in 1831. The building has been modernised to cater for modern living requirements. It has also been slightly extended. To the north west, built partly into the bank of the off-side of the canal are outbuildings of stone.

The round house is a private residence. 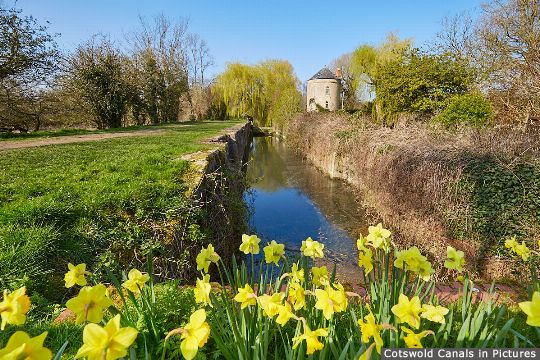 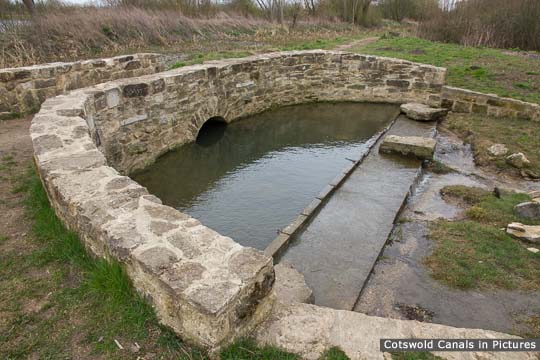