The header image shows the lock in February 2020 when there was significant undergrowth on the far side, which was not present when the other (earlier) photos were taken.

The lock was virtually rebuilt by volunteers between 1993 and 1995.

The stone-lined Boxwell Springs Lock was also known as 'Shallow' or 'Little' Lock as it only has a rise of 3 feet 6 inches. It was built later than the others when it was realised that the canal needed to be lowered if it was to benefit from the nearby Boxwell springs. It was built in 1792, three years after the rest of the line had opened.

(The next lock, Wildmoorway Upper, also needed to be 'adjusted' to allow for the change in levels.)

The lock is one of those on the canal designed to take craft up to the standard dimensions of the Thames barges. Therefore, it is a little over 90 feet long and about 13 feet wide.

The lock wasn't shortened to save water like many others in the early-1840s - probably because it didn't use much. 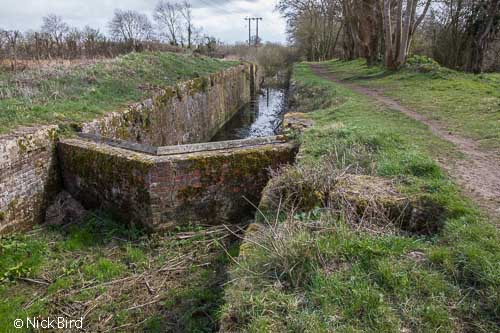 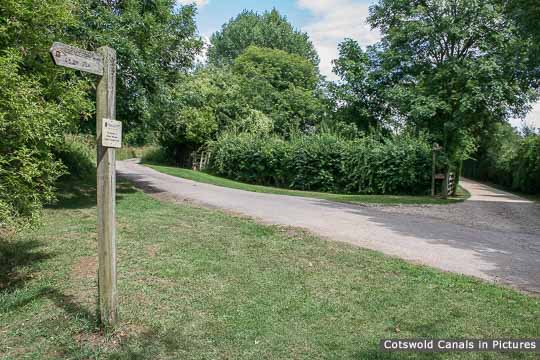