The bridge is a standard Thames & Severn canal company designed brick-built accommodation bridge. The bricks are handmade and of a dark red colour, laid to a fairly irregular English Garden Wall bond. The bridge has a segmental arch springing from wedge-shaped stone springers and is protected by a simple projecting brick dripmould.

The wing walls are built with an inward ‘batter’ and curve outwards from the arch to end in pilaster terminals.

Unlike those bridges to the west of the summit level, the parapet brickwork is of a separate build to the brickwork below.

Note the 'camera on a stick' shadow in this photo!

During the 'Phase 2' Restoration

Before Second Phase of Restoration 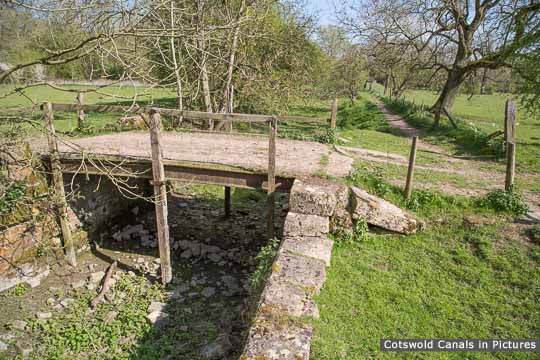 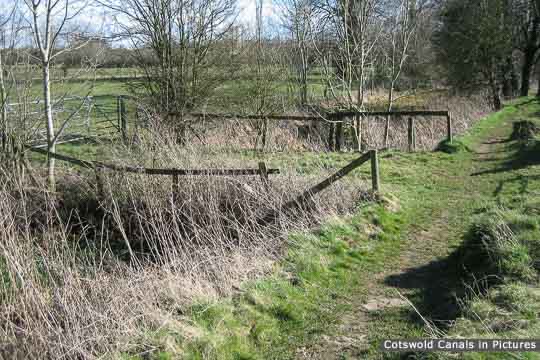